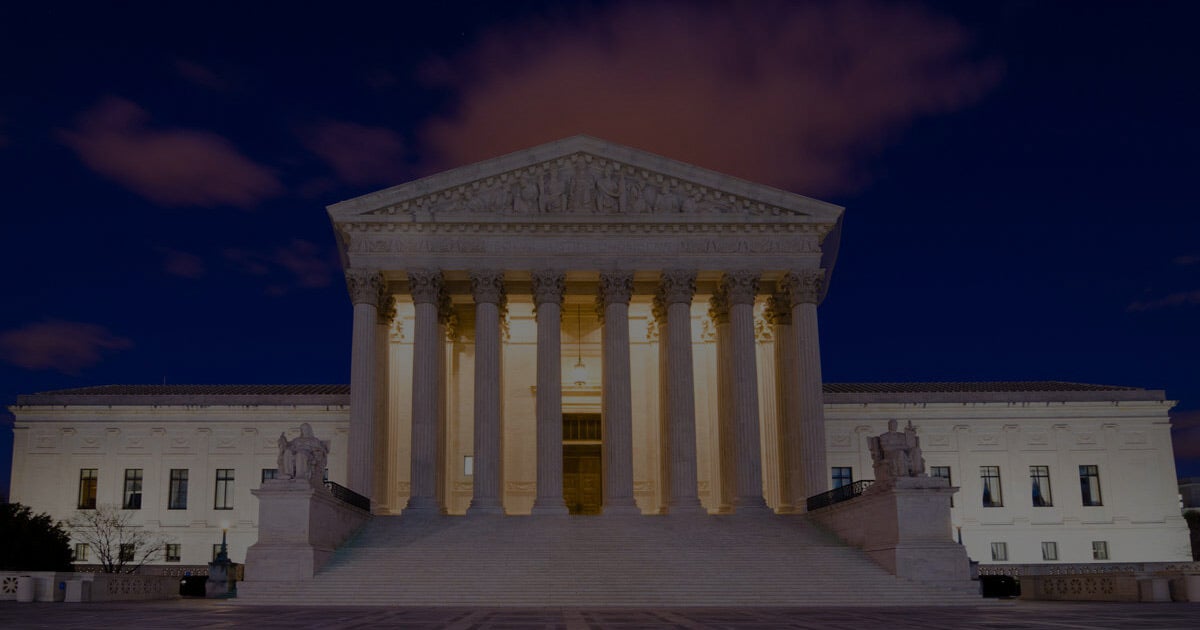 President Joe Biden’s executive order creating a Commission on the Supreme Court purports to “provide an analysis of the principal arguments in the contemporary public debate for and against Supreme Court reform.” In reality, it’s just another political power move—one the country rejected before.

His fellow progressive Democrats in Congress did not bother to wait for the Commission’s conclusions. Rather, they began pushing legislation that proposes adding four seats to the Court—a move known more commonly as court-packing— giving their president (and party) the opportunity to ensure their policy agenda sails through all three branches of government. Turning the Court into nothing more than another radically partisan body is of no concern to progressives. That is undoubtedly the desired outcome.

Frustrated by what they see as a “conservative” court that includes three Justices–Gorsuch, Kavanaugh, and Barrett –with whom they disagree and therefore deem “illegitimate,” progressives seem willing to undermine any aspect of our republic necessary to exact political revenge. Those Americans not bent on a court-packing scheme see the political move for what it is: An attempted coup against our Constitution.

Perhaps the left should hear once again from Justice Ruth Badger Ginsburg. Shortly before her death, Ginsburg spoke against court-packing in a candid interview with NPR. “Nine seems to be a good number,” she said. “It’s been that way for a long time. I think it was a bad idea when President Franklin Roosevelt tried to pack the court.”

But a history lesson was not her sole concern. Court-packing, the Notorious RBG observed, would destroy judicial independence: “If anything would make the court look partisan, it would be that—one side saying, ‘When we’re in power, we’re going to enlarge the number of judges, so we would have more people who would vote the way we want them to.’” But, if the left will not listen to Justice Ginsburg’s words, perhaps they will heed current Justice, Stephen Breyer. Speaking just one day before Biden announced his commission, Justice Breyer gave a speech at Harvard Law School issuing a similar warning: “If the public sees judges as politicians in robes, its confidence in the courts—and the rule of law itself—can only diminish, diminishing the court’s power, including its power to act as a check on other branches.” Breyer is right. Court-packing is a brazen attempt by radical elites to undermine our very judicial system and overthrow the trust we have in its independence.

An independent judiciary is an essential check on the power of the executive and legislative branches and the fleeting political whims of the culture. If this politically motivated scheme to pack the Supreme Court is successful the judiciary will no longer be a safeguard for our most treasured civil liberties: religion, speech, press, etc. Rather, it will be little more than a political tool of the executive and legislative branches, rubber-stamping political policies of the party in control of Congress and the presidency. Democrats once understood this truth and the danger to democracy it posed.

When Democratic icon President Franklin Delano Roosevelt attempted to add justices to a Supreme Court that has left his New Deal policies in a lurch, it was members of his own party who denounced the scheme. Senate judiciary members called changing the court “needless, futile, and [an] utterly dangerous abandonment of constitutional principle.” Adding that Court-packing is “a measure which should be emphatically rejected [so] that its parallel will never again be presented to free representatives of the free people of America.” Let us hope there are yet progressive Democrats today willing to put a stop to a Supreme Court coup.

Some things in politics never change. As Biden himself once observed, court-packing is “a bonehead idea.” We do not need another government commission or more political power grabs. We need to follow our Constitution.

Note: This article was first published on Inside Sources and is re-published here with permission. The article presents the main points of an op-ed published in Inside Sources. This work was authored Jeremy Dys. The full article can be found on the Insider Sources website, here