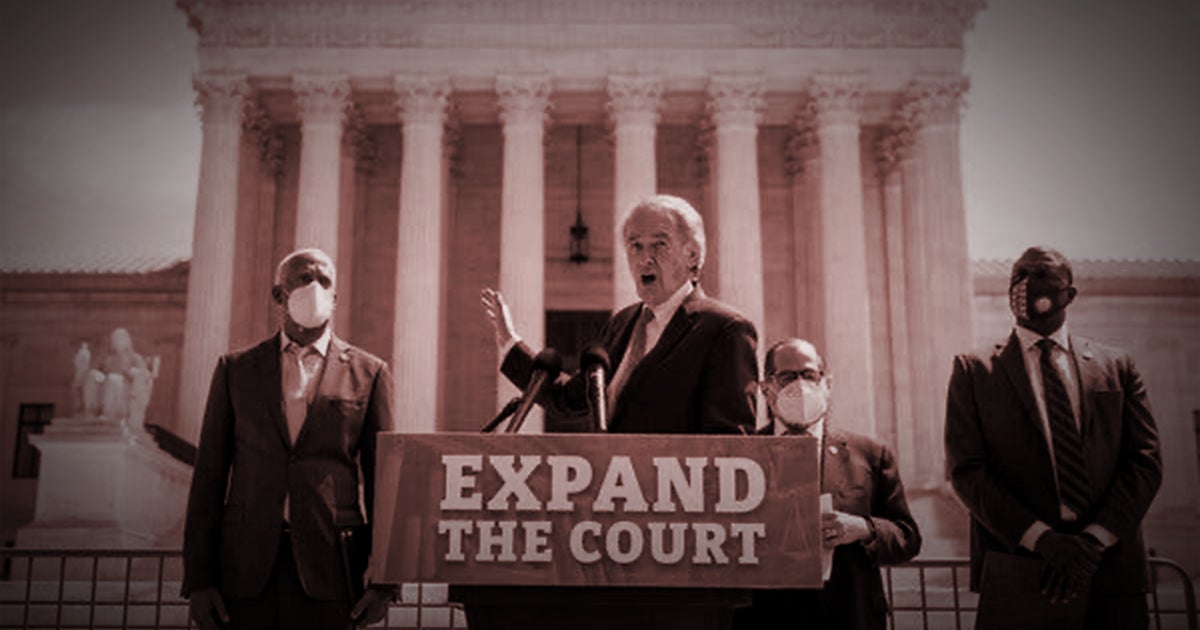 And while purporting to be a “bipartisan” commission intended to evaluate whether so-called judicial “reforms” are needed, the commission appears to be more of a cover for overthrowing our nation’s highest court and judicial system.

In this article, we’ll break down some key highlights from the commission’s first meeting. We’ll also look into why it’s increasingly clearer that the commission is a farcical attempt to remake American’s constitutional system, which could take America toward tyranny in less than 180 days, when the commission is supposed to present its recommendations to the President and the nation.

As a quick reminder, the commission consists of thirty-six (36) members who are tasked with studying five things that could dramatically alter our constitutional system of checks and balances:

“We’re not charged with making specific recommendations,” commission co-chair Cristina Rodríguez, said during the first meeting—which was held over Zoom and lasted less than thirty (30) minutes. “Rather, we are to provide an evaluation of the merits and legality of particular reform proposals being debated today.”