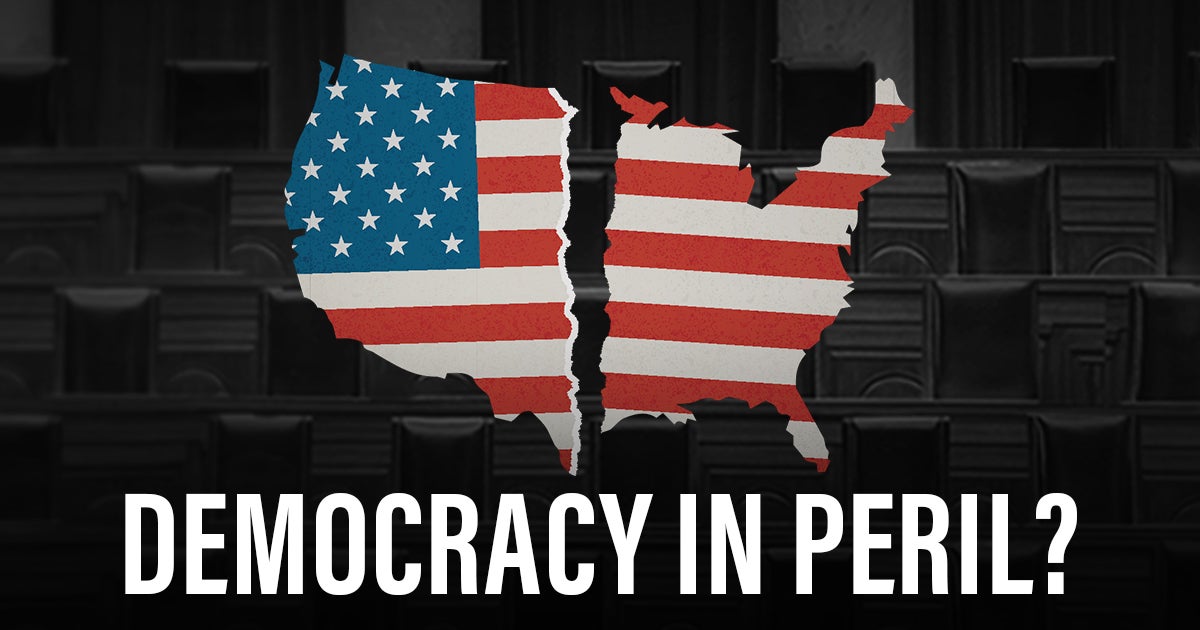 Blinken and the Lessons of Latin America’s Court-Packers

Although he surely did not intend to do so, Secretary of State Anthony Blinken dealt the coup de grâce to the radical Left’s court packing project this week.

In a speech at a university in Quito, Ecuador, on Wednesday, Blinken outlined the “challenges facing democracies and how we can overcome them.” He described the warning signs of a democracy in peril.

“Consider a country where a leader is elected in a free and fair election and then sets about chipping away slowly but surely, at the pillars of democracy—attacking the free press, undermining the independence of the courts, threatening political opponents,” he said. “Now, imagine that leader then seeks to use the levers of democracy to pass anti-democratic reforms, eliminating term limits, packing courts, firing legislators.”

Blinken added: “That’s the story of more than one democracy in our hemisphere. And it’s one of the ways that democracies can come undone.”

The secretary of state’s comments in Quito followed the release of what the White House called “draft preliminary discussion materials” by the Presidential Commission on the Supreme Court, which backed away from endorsing court-packing. The commission, packed with law professors, former judges and judicial activists, also tiptoed around the idea of term limits for Supreme Court Justices, a move that would likely require the very long shot of a constitutional amendment (ratification by 38 of the 50 states).

Radical progressives in the United States—blind to or ignorant of the lessons of court-packing in other countries—raged at the commission’s draft findings. One left-wing advocacy group said the commission’s failure to back court-packing and other reforms “is almost certain to result in this Court continuing to strip away our constitutional rights and undermine our democratic legitimacy as a country.”

That’s exactly the opposite of what Blinken said in Quito. And he knows his Latin American history.

In 1997, the Peruvian Congress (controlled by allies of President Alberto Fujimori) fired three judges of the constitutional court who opposed the president’s bid for reelection. Fujimori has since been imprisoned for crimes against humanity. In 2004, Hugo Chavez expanded the Venezuelan Supreme Court from 20 to 32 judges. Six years later, his regime created nine vacancies on the court by adopting a new rules that gave several judges on the highest court the “authorization” to retire before the end of their 12-year term. Chavez’s stacked court inevitably led to a downward spiral that destroyed freedom and judicial independence.

Earlier, in 1989, Argentine president Carlos Menem launched a campaign to pack the Argentine Supreme Court, asking the National Congress to expand the court from five to nine judges to create a favorable majority. “Why should I be the only president in Argentine history not to have my own court?” he said at the time.

Menem’s grip on the Argentine Court soon became known throughout the country as the “automatic majority”—a stack of hand-picked judges who regularly ruled in the president’s favor, often using highly dubious legal reasoning.

Now imagine President Joe Biden governing with not only a wafer-thin majority in Congress but his “own court.” Packed with justices vetted and confirmed by party bosses, the Supreme Court would offer no pushback on even the most extreme elements of Biden’s agenda.

Massive, multi-trillion dollar spending bills designed to turn the U.S. economy into a European-style welfare state? Done. Taking elections out of the hands of state legislatures and local officials and turning them over to bureaucrats who rule from the commanding heights in Washington? Done. Rounding up parents at local school board meetings and prosecuting them as “domestic terrorists”? Done. Shutting down worship services and other communal gatherings under the administrative power of public health officials answering to partisan politicians? You bet.

A packed Supreme Court would not only destroy Americans’ confidence in the rule of law. Citizens would be discouraged from pursuing legal action against the government. After all, why fight a regime that enjoys full political power when all legal battles would be resolved in its favor at the nation’s “court of last resort”? There’s your “legitimacy crisis.”

Blinken’s speech in Ecuador resounded far and wide. He’s exactly right that with court-packing “democracies can come undone.” That includes ours.

Ignore the lessons of court-packing in Latin America, and those same results—those dire consequences—would inevitably result in the United States.

Note: This article was first published on Newsweek and is re-published here with permission. The article presents the main points of an op-ed published in Newsweek. This work was authored Jeremy Dys. The full article can be found on Newsweek website, here.