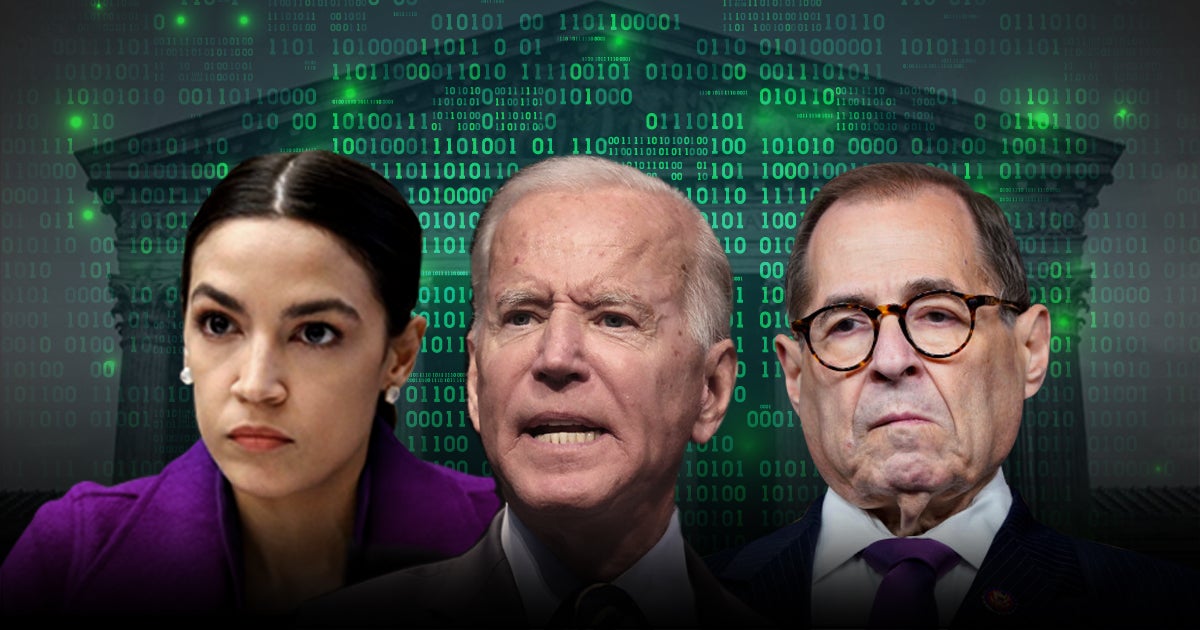 When the Supreme Court declined to block a Texas law prohibiting abortions after a fetal heartbeat is detected, you didn’t have to be a savant of American politics to see what was coming.

The nation’s highest court “shows us what post-democracy America would look like,” screamed one columnist.  Liberal groups told Congress that “your chance to save democracy is disappearing.” President Joe Biden, suddenly observant about the demands of the U.S. Constitution, said that the Supreme Court’s Texas ruling was “an unprecedented assault on a woman’s constitutional rights.”

“Democrats can either abolish the filibuster and expand the court, or do nothing as millions of peoples’ bodies, rights, and lives are sacrificed for far-right minority rule,” Tweeted Rep. Alexandria Ocasio-Cortez, (D-N.Y). Added Sen. Ed Markey (D-MA): “Senate Democrats have the power to fix this problem now by abolishing the filibuster and passing my legislation to expand the Supreme Court.”

Just days earlier, when the Supreme Court struck down Mr. Biden’s admittedly unconstitutional CDC eviction ban, there followed another predictable eruption of faux outrage by the radical left over the Supreme Court’s decision, a 6-3 vote with liberal justices Kagan, Sotomayer, and Breyer in the minority.

The left-wing tantrum over just about any ruling it doesn’t like inexorably leads to demands to increase the number of Supreme Court justices from 9 to 13 to – wait for it – “save democracy.” As a first step, the left demands that the Senate filibuster is eliminated to “save democracy.”  The next step, court-packing, would turn the nation’s highest court into a partisan rubber stamp.

What, exactly, do radical leftists mean when they breathlessly invoke “democracy” – like some medieval alchemical spell – and make portentous warnings about its loss? Not what most people understand as a political system or culture where debate, negotiation, and compromise reconcile opposing views. Not, much less, a system where elected representatives put the welfare of all they represent before petty partisan interests. Nothing, in short, is grounded in facts or an objective analysis of the nature of America’s democratic republic.

Writing about the many meanings of “democracy,” George Orwell observed that “words of this kind are often used in a consciously dishonest way. That is, the person who uses them has his own private definition but allows his hearer to think he means something quite different.”

Indeed. What the left means by “saving democracy” is the last final push to consolidate political power and hold it permanently. Already in possession of the White House and Congress, the left perversely attacks the Supreme Court because it is the only remaining branch of government standing in the way of one-party rule.

If the court packers somehow succeed, the current hyper-partisan political culture will seem like some golden age of political comity.  Gone will be any notion of Federalism.

Civil liberties, particularly religious liberty, across the fifty states will be granted only at the pleasure of the radical left. First Amendment rights for political opponents will be trampled.

Examples abound.  Currently, the Biden administration is now reviewing what is known as the Free Inquiry Rule, a Trump-era measure that bars public universities and colleges from removing the funding of religious student organizations whose leadership policies conflict with campus anti-discrimination rules. The Education Department said it anticipates rescinding the rule, which faith-based groups widely praised. So much for the First Amendment.

A while back, a leftist writer for The Nation, in pushing for the repeal of the Religious Freedom Restoration Act, claimed that “the separation of church and state has come to mean blocking the state from protecting the civil rights of citizens and forcing it to support—and pay for—sectarianism, bigotry, superstition, and bullying.”

It is essential to the continuance of our constitutional democracy that the judiciary be completely independent of both the executive and legislative branches of the Government, and we assert that independent courts are the last safeguard of the citizen, where his rights, reserved to him by the express and implied provisions of the Constitution, come in conflict with the power of governmental agencies.

A better explanation of how an independent judiciary exists to protect a democracy would be hard to find. And that’s a democracy worth saving.