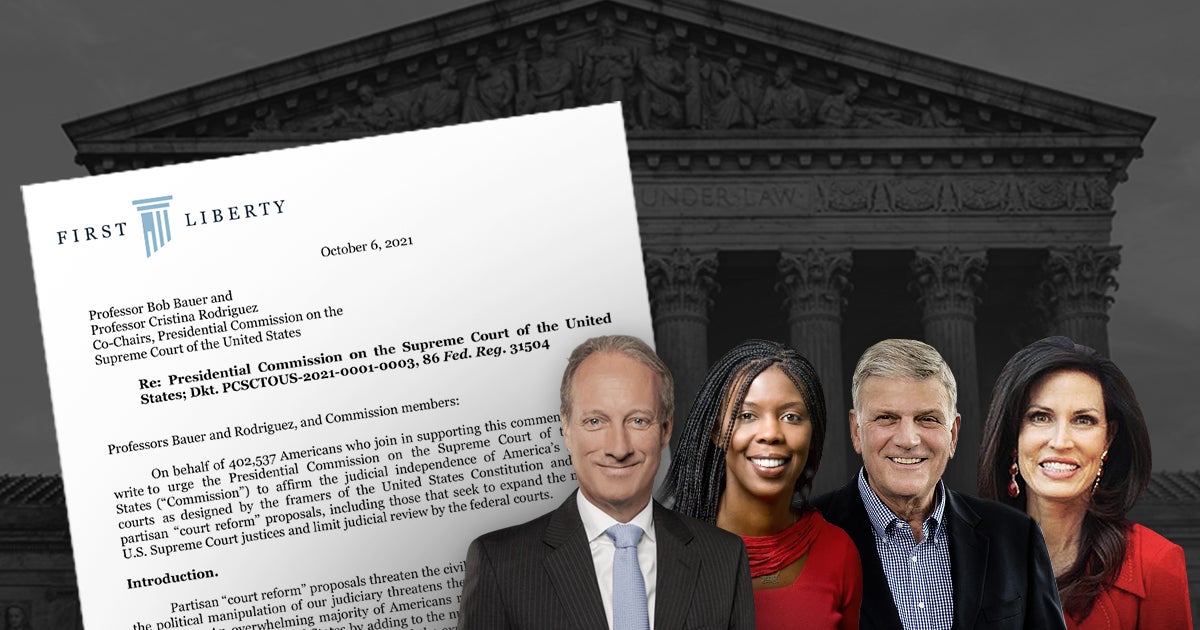 This week, nearly a half-million Americans joined First Liberty and a diverse, national coalition of leaders in delivering a joint statement to President Biden’s Commission on the Supreme Court of the United States.

Our statement warns the Commission that the alleged court “reform” proposals it is debating are dangerous, in particular the plan to pack the Supreme Court with a slate of liberal, activist justices—a scheme that would do severe damage to judicial independence, religious liberty and other constitutional freedoms.

Together with hundreds of thousands of like-minded patriots who made their voices heard, a vast array of organizations and allies also stepped up to defend the priceless heritage of America’s Supreme Court and judicial system, including: