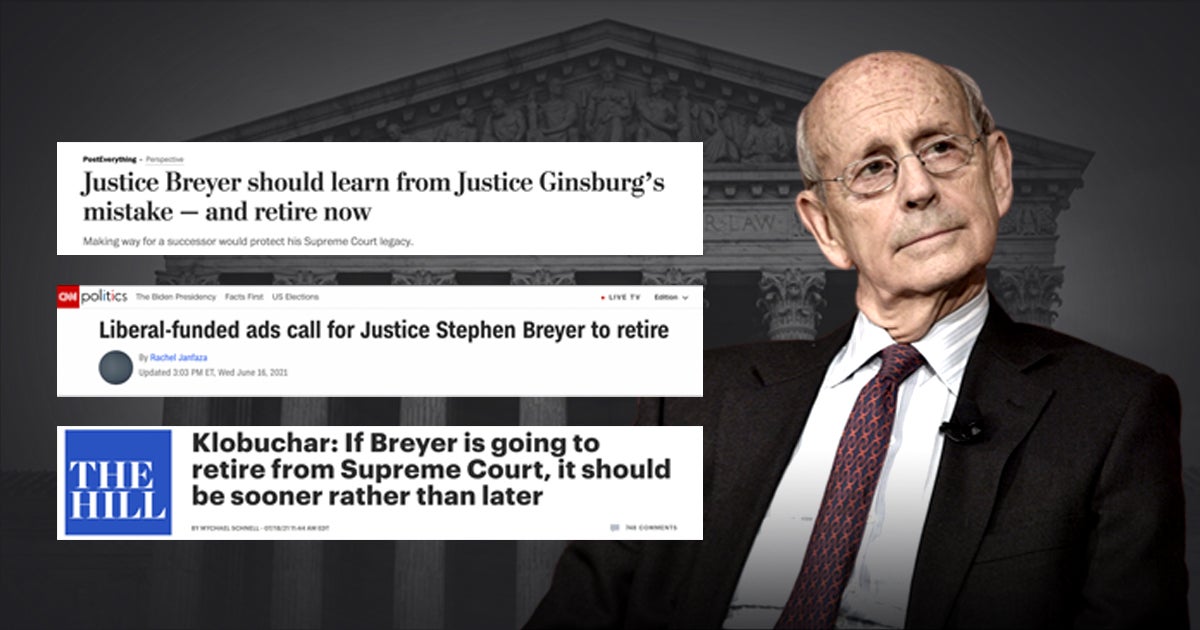 In their plot to stage a full-scale coup of America’s judiciary, proponents of court-packing won’t be satisfied by stacking four more justices on the U.S. Supreme Court, or even by adding an extra 203 judges to the lower district courts.

The Left has recently reignited its intimidation campaign to boot Justice Breyer from the Supreme Court, as they seek to create another vacancy for President Biden to fill with a liberal appointee:

Amy Klobuchar (D-MN) stated in a recent interview with CNN that if Justice Breyer decides to retire from the Supreme Court, he should do so “sooner rather than later.”

Richard Blumenthal (D-CT) said: “Justice Breyer has been a great justice, and he recognizes, I am sure, the political reality of our [Democrats] having control of the Senate now. But elections always have risks, so, hopefully, he’s aware of that risk, and he sees it accordingly.”

The Atlantic called it “a pathological disregard for other human beings” that Justice Breyer has not made a final decision to retire.